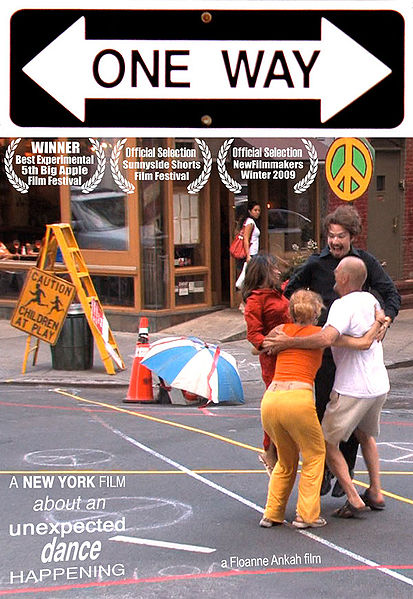 One way is an experimental film about a “performance happening” in SoHo on June 22, 2008. Choreographer Flo Ankah conceived an event with Joe Zolkowski, whose set design utilized a multitude of street signs and the “peace” symbol. Eight performers revolve in a clockwise motion and improvise on the corners of Prince and Crosby Streets, accompanied by spontaneous live music on guitar and drums. This ten minutes film is a colorful and artistic documentary of the event and highlights the human quality of the performance, with a “green” speech for the environment by Piotr Mirowski. 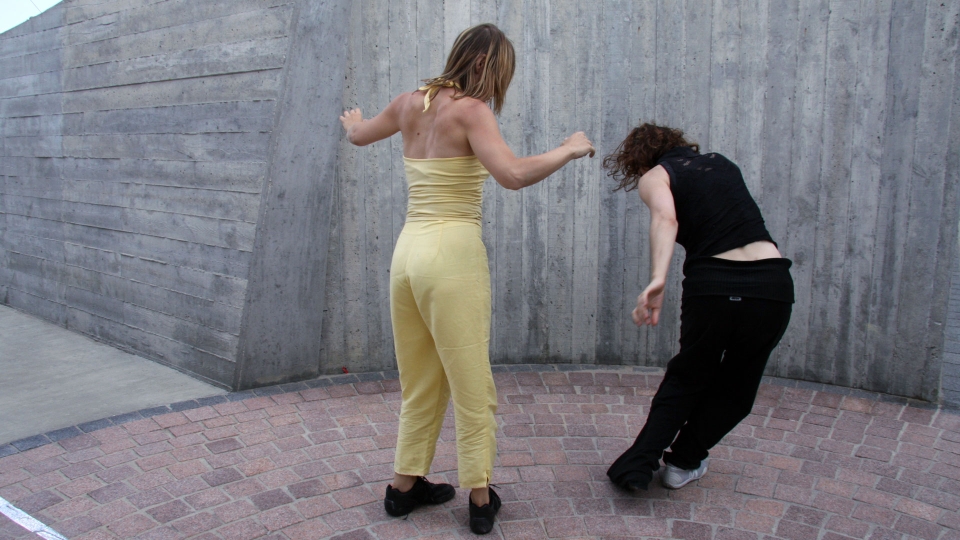 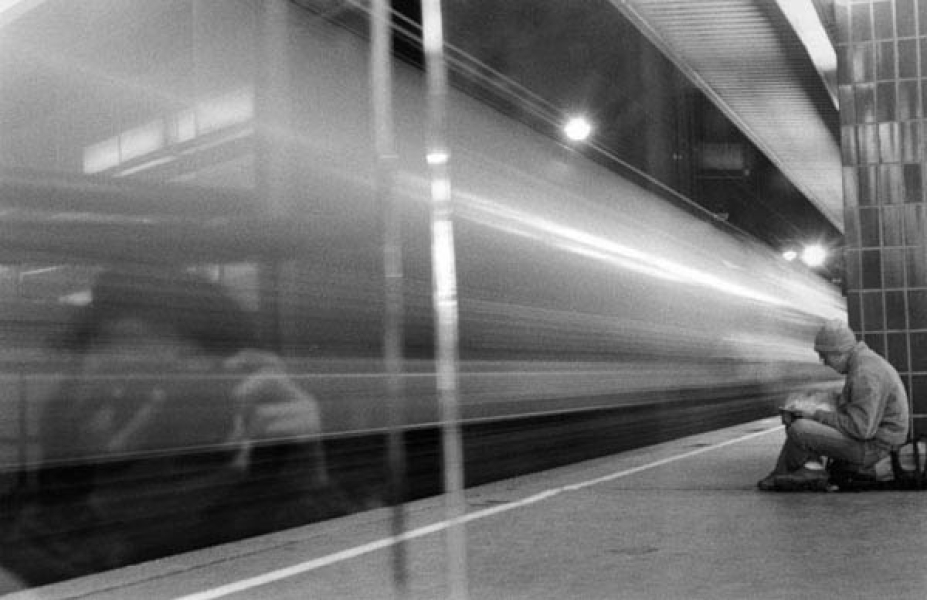 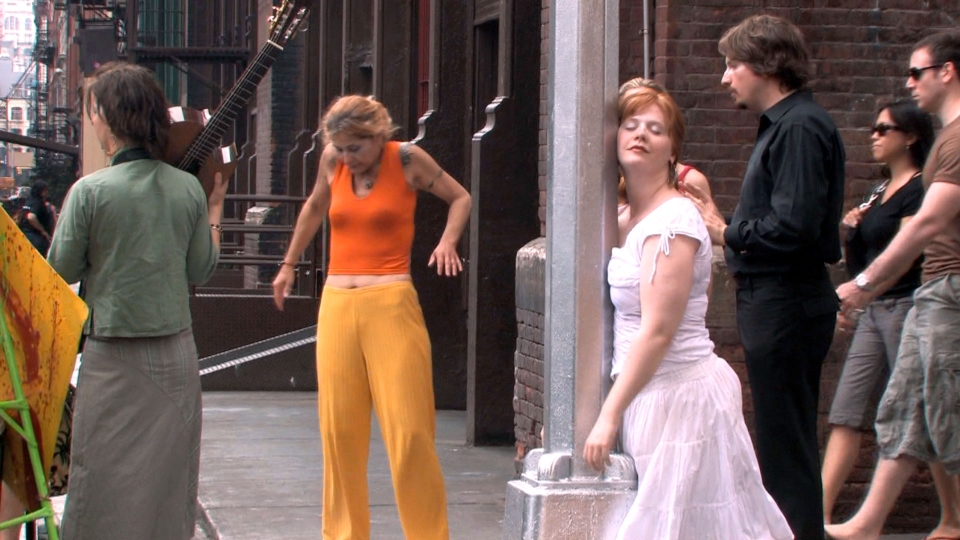